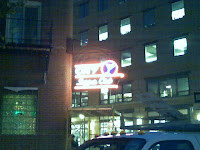 The wife agreed to attend this one (she wasn’t interested in the LCG), so I’m very happy. We’ll be waiting for you, Belew, in the center of the 3rd row, in Harrisburg, PA. March 14th can’t come fast enough, in my opinion.

Said by many, I’m sure, but you must go listen to these guys: We’re Late for Class.

Every time I listen to the solo on Quicksand, my creative mind is ablaze with the possibilities of a collaboration between you and Prince. Anyone else? 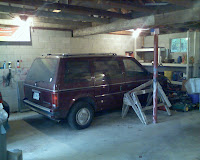 1 from the Seattle Guitar Circle:

So, last night I drove out to Ram’s Head on Stage in Annapolis. While I had a great time at Monday’s performance and loved every note I heard, I was hoping I wouldn’t be treated to a duplicate performance. I was not and this made a happy evening even better.

The layout was the same as Monday night, with RF on the far left facing center stage. His rack, the Solar Voyager, to his right, pedals and such arrayed in front of him, the LCG starts to his left and arcs to the front right area of the stage. And I had the honor of sitting next to “Mr. Vonnegut,” who reminded me I needed a wee bit of the McClellan 12.

On Monday, I was far too excited to listen as carefully as I did last night, and I was rewarded for my efforts. I was surprised to hear Flying. I recognized it almost immediately* and it made me laugh. I couldn’t have been happier. There were other musical surprises as well, but this is the one I remember the most.

The only fly in the ointment imo, and mind you it was a wee fly, was the crowd was not as aware of what was expected of them from RF and Co. as the Birchmere audience. This group was far too eager to applaud at the briefest of pauses in the music; the LCG did not let this deter them from continuing and usually the applause died rather quickly. There was also someone who talked a few times a bit too loudly during the silences, but he was politely but firmly asked to “Please be quiet” by someone near him and he did for the remainder of the evening.

These disturbances were minor enough to not ruin the evening. I had another great night listening to some incredible music that I will remember for the rest of my life.

The final thing I’ll mention: while waiting for the room to open pre-show, two older guys came in (hell, average age for the crowd, I felt a wee bit young at 39 :P) to pick up their tix from will call. One had a really nice camera slung over a shoulder. Looked expensive. Long story short, he had no clue as to the performer’s preferences regarding photography. I had to laugh at that as I found it incredible that there’s still people out there who don’t know this about RF. GET A CLUE PEOPLE!! Along that train of thought (“wtf?”), why were people arriving 40 minutes after the show began?

Regardless, thank you, again!, Robert Fripp and the League of Crafty Guitarists for another wonderful experience. I shall never forget it.

*- I couldn’t remember the name at the time, but as soon as I got in my car, I booted up the iPod and found it. When they were playing it, I almost felt like singing along… la la la la lalala. Thanks again!.