I’ve talked with some family (weekend with mom, brother, and sister inspired me).

While on the site today, I found something I want to post here, so I can come back to it from time to time.

I’ve been a smoker for over 20 years. About 6 years ago, I successfully quit for 3 months. I felt great. One day, I bummed a cig off a coworker after some happy hour fun. It’s a slippery slope and I slid right down it again. I’ve been at the bottom of the slope looking up for a long time. After spending the weekend with my family for my sister’s graduation (graduate school!), I decided I am ready to make the climb again. My brother flew out from Seattle and said he was hardly smoking anymore. That weekend, he smoked a lot. If I hadn’t been smoking, he wouldn’t have either. Big brother is a bad influence and I aim to change that relationship. Come tomorrow night, I’m going to try to kill that demon. It will be an epic battle, but I hope to be the one left standing.

This is just a test of a couple new recipes I have at If This, Then That. I really enjoy this site although I’m sure I’m not using it to its full potential. That being said, I had created a recipe that would send me a text message any time someone in my area made a “for sale” post concerning Concept2 rowing machines. After a year, I was notified of one in my price range and I bought it 2 hours after it was posted. IFTTT has saved me money!

While the rower I bought is an older model (Model B, last made in 1993), it’s in fine condition and I paid less than half of its true value. These rowers really hold up over the years if properly maintained. Another reason I wanted a Concept2, is their customer service and because they can be retrofitted with new parts. I ordered a few parts for mine (new handle, new foot boards, new seat rollers) and with that added cost, I’m still sitting lower than my rower’s true value. Fun times ahead! 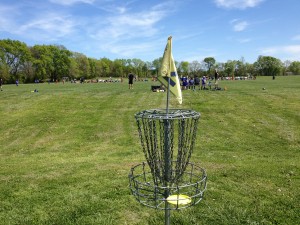